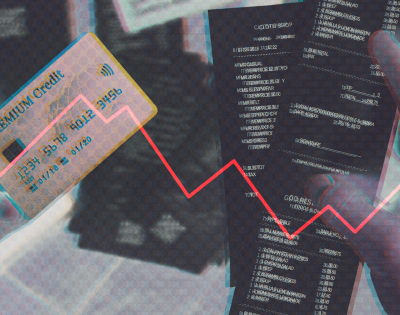 “The person we spoke with at Citi’s fraud department kept insisting that yes, it was my wife that called because the call came from her mobile number,” Jim said. “The Citi employee was alarmed because she didn’t understand the whole notion of caller ID spoofing. And we both found it kind of disturbing that someone in fraud at such a major bank didn’t even understand that such a thing was possible.”

You may have heard that today’s phone fraudsters like to use caller ID spoofing services to make their scam calls seem more believable. But you probably didn’t know that these fraudsters also can use caller ID spoofing to trick your bank into giving up information about recent transactions on your account — data that can then be abused to make their phone scams more believable and expose you to additional forms of identity theft.

Last week, KrebsOnSecurity told the harrowing tale of a reader (a security expert, no less) who tried to turn the tables on his telephonic tormentors and failed spectacularly. In that episode, the people impersonating his bank not only spoofed the bank’s real phone number, but they were also pretending to be him on a separate call at the same time with his bank.

This foiled his efforts to make sure it was really his bank that called him, because he called his bank with another phone and the bank confirmed they currently were in a separate call with him discussing fraud on his account (however, the other call was the fraudster pretending to be him).

Shortly after that story ran, I heard from another reader — we’ll call him “Jim” since he didn’t want his real name used for this story — whose wife was the target of a similar scam, albeit with an important twist: The scammers were armed with information about a number of her recent financial transactions, which he claims they got from the bank’s own automated phone system just by spoofing her phone number.

“When they originally called my wife, there were no fraudulent transactions on her account, but they were able to specify the last three transactions she had made, which combined with the caller-ID had mistakenly earned her trust,” Jim explained. “After we figured out what was going on, we were left asking ourselves how the crooks had obtained her last three transactions without breaking into her account online. As it turned out, calling the phone number on the back of the credit card from the phone number linked with the card provided the most recent transactions without providing any form of authentication.”

Jim said he was so aghast at this realization that he called the same number from his phone and tried accessing his account, which is also at Citi but wholly separate from his spouse’s. Sure enough, he said, as long as he was calling from the number on file for his account, the automated system let him review recent transactions without any further authentication.

So, it seemed the crooks would spoof caller ID when calling Citibank, as well as when calling the target/victim.

“I confirmed on my separate Citi card that they often (but not quite always) were providing the transaction details,” Jim said. “I was appalled that Citi would do that. So, it seemed the crooks would spoof caller ID when calling Citibank, as well as when calling the target/victim.”

The incident Jim described happened in late January 2020, and Citi may have changed its procedures since then. But in a phone interview with KrebsOnSecurity earlier this week, Jim made a call to Citi’s automated system from his mobile phone on file with the bank, and I could hear Citi’s systems asking him to enter the last four digits of his credit card number before he could review recent transactions.

The request for the last four of the customer’s credit card number was consistent with my own testing, which relied on a caller ID spoofing service advertised in the cybercrime underground and aimed at a Citi account controlled by this author.