Hospitals face a surge of cyberattacks during the Covid-19 pandemic 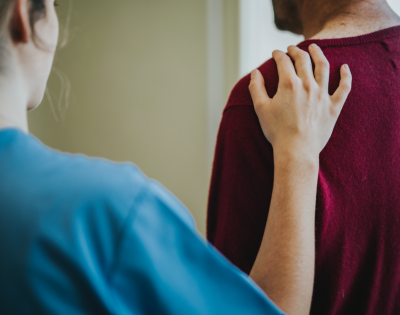 Hospitals that are already pushed to their limit dealing with a patient surge from the novel coronavirus pandemic are getting slammed with cyberattacks and digital scams, as well.

Among the most damaging are ransomware attacks that aim to shut down entire hospitals until they pay a fee that can cost millions of dollars.

Such attacks shut down computers at the Champaign-Urbana Public Health District in Illinois for three days in March and forced the district to shell out $300,000 in ransom, as reported by the Pew Charitable Trust’s Stateline service. Another attack shut down computers at a university hospital in the Czech Republic, which was forced to turn away patients.

The attacks have prompted stark warnings to hospitals from the Department of Homeland Security and from Interpol, which warned of a “significant increase” in cyberattacks targeting hospitals around the globe. Interpol issued a “purple notice” — basically a warning about a criminal trend and its methods — alerting police in 194 countries about the heightened ransomware threat.

The attacks are part of a surge in hacks and scams prompted by the coronavirus pandemic aimed at taking advantage of people’s dislocation and fears. But they’re particularly effective against hospitals where the intense pressure created by the pandemic might make workers more likely to slip up and click a link they shouldn’t, Jen Miller-Osborn, deputy director of Palo Alto Networks’s Unit 42 threat intelligence unit, told me.

“People are stressed, and it might short-circuit the logic in their brain that says I shouldn’t click that,” she said.

Miller-Osborn’s group found hackers trying to lock up computers at a Canadian government health organization and a Canadian medical research university by posing as officials from the World Health Organization in a report out yesterday. The group also logged attempted digital attacks against medical research facilities in Canada and Japan, but it didn’t name any of the victims.